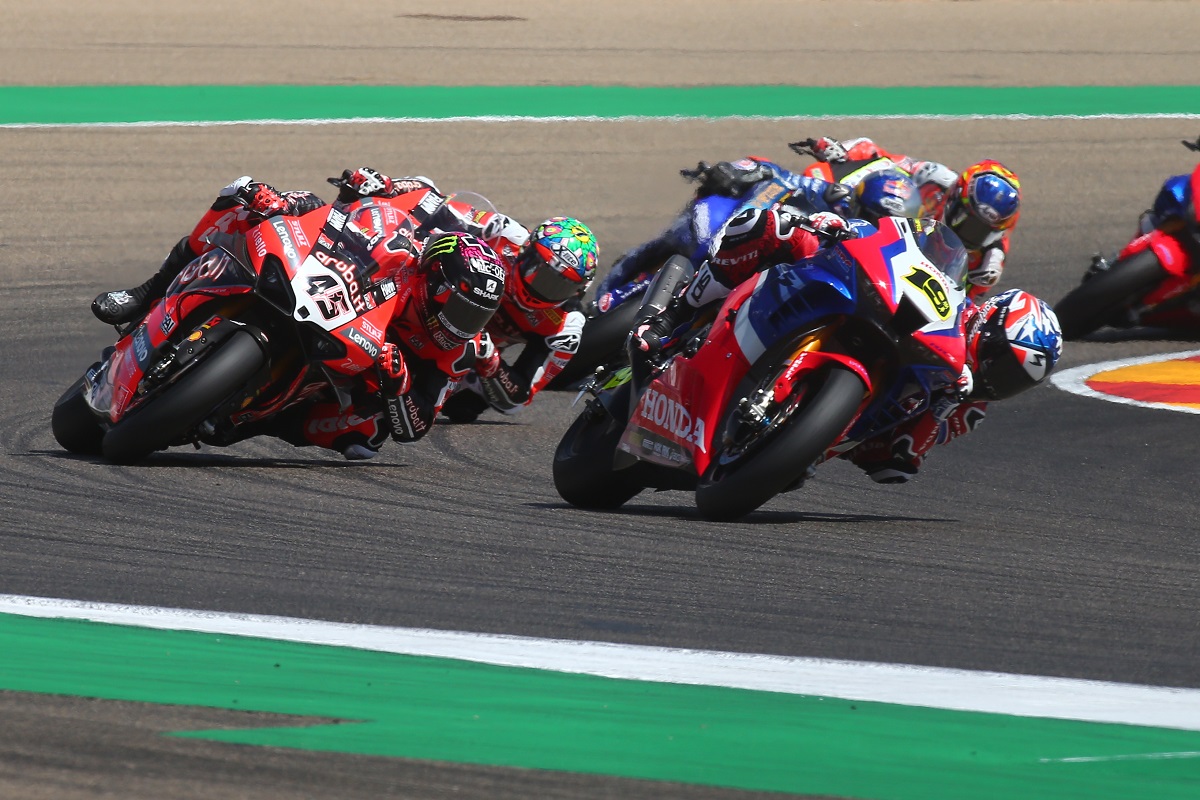 The 2021 season may well be in full flow, but who will be left standing when the music stops for 2022 line-up?

The 2021 MOTUL FIM Superbike World Championship enters the second half of the Championship and there’s plenty of reasons to watch, with the title race totally inseparable. Whilst plenty of battles are happening on track, pens are being picked up throughout the paddock as riders and teams begin to ink deals and secure their future. There’s plenty of gossip, from a potential move for a MotoGP™ GP winner to a shuffle around WorldSBK’s current factory stars, meaning that we could see a whole new complexion on the 2022 grid.

The latest signings for 2022 include the switch from Honda back to Ducati for Alvaro Bautista (Team HRC) and from Ducati to BMW for Scott Redding (Aruba.it Racing – Ducati), who will join the official BMW Motorrad WorldSBK Team for next year, replaced by Bautista. Putting MotoGP™ rumours to bed, Jonathan Rea (Kawasaki Racing Team WorldSBK) hailed his “incredible opportunity” for 2022 with KRT alongside teammate Alex Lowes. At Yamaha, Toprak Razgatlioglu (Pata Yamaha with Brixx WorldSBK) will remain in the factory team, whilst Garrett Gerloff (GRT Yamaha WorldSBK Team) is confirmed to stay within the Yamaha family. Loris Cresson (OUTDO TPR Team Pedercini Racing) is already on a two-year deal but apart from that, there are yet to be formal announcements about next year’s line-up, with plenty of riders still to be snapped up.

THEN, THE RUMOURS: is Petrucci coming back to where it all began?

One of the big names potentially moving into World Superbike is Danilo Petrucci. Twice a MotoGP™ Grand Prix winner and not retained by KTM for 2022, the likable Italian started his career in the WorldSBK paddock by finishing as runner-up in the FIM Superstock Europe Cup with four wins and didn’t rule out a return to the WorldSBK paddock when talking to Italian broadcaster Sky Sport MotoGP during the Styrian GP: “I have to look at other rides in WorldSBK or maybe switch to off-road categories. Going to WorldSBK is an option; I hope to get back to enjoying riding and fighting for wins. If it can happen in WorldSBK, or somewhere else, it would be great.”

WHAT NEXT FOR SYKES? “Big interest” with a factory team

After being told that he is surplus to requirements within the factory BMW set-up, Tom Sykes will be looking for a new team for 2022. Speaking on the Friday of Navarra about his future, Sykes also stated: “There are some very competitive rides remaining and there’s been some shuffling of seats. All we need to do now is react in a positive way and to try and find the best situation.

Speaking about the prospect of being a factory-supported BMW rider but in an Independent team, Sykes said: “Of course it would be an interest if I have some people in my corner. If I could look at taking some people with me and it is a factory contract, factory support, then of course it is of interest.”

However, talking to Eurosport on Sunday and when asked about being linked with the HRC project, Sykes stated: “It’s a very big name and a fantastic brand. Me and Leon Camier are good mates and old sparring partners, and he understands the game and the level of the riders, so yes, it is a big interest.”

CAMIER CLARIFIES FROM THE OTHER SIDE

With Bautista on his way back to Ducati, it’s obvious that Honda will have at least one new rider for 2022. Leon Camier made clear during the Tissot Czech Round that no signings have been made yet and that both seats are still very much vacant for 2022: “We haven’t confirmed any rider yet. Obviously, a lot of rumours, as usual, this time of year. It’s quite interesting some of the things I’ve heard, to be honest! Honestly, we’ve not had anything for next year at all yet.”

Words and photos courtesy of worldsbk.com