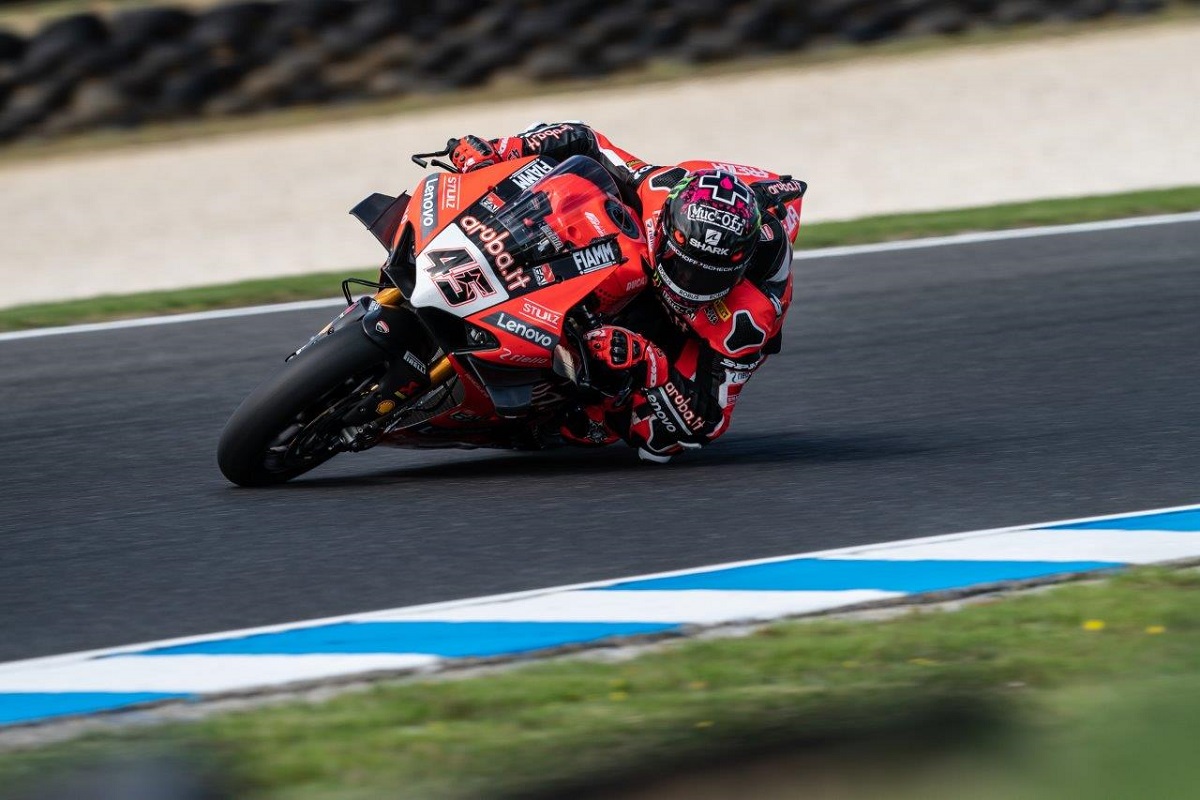 New recruit to the world superbikes, Briton Scott Redding, showed threatening form today on his Ducati, dominating both WorldSBK practice sessions prior to this weekend’s Yamaha Finance opening round of the 2020 FIM MOTUL Superbike World Championship at the Phillip Island Grand Prix Circuit.

After showing his competitors a clean pair of heels on a wet track in morning first practice, the 27-year-old did the same in the afternoon’s dry 45-minute session on his factory Ducati Panigale V4 R.

Redding, the reigning British Superbike champion and former MotoGP rider, set his hot lap – a 1min30.436 second flyer –  in the final minutes of the session, which was when Yamaha men Toprak Razgatlioglu (1:30.854) and Michael van der Mark (1:30.905) also came out firing.

Redding has replaced Bautista in Ducati’s factory team this year, while the Spaniard is taking on the challenge of the all-new Honda alongside Haslam.  The Italian marque has enjoyed much success at Phillip Island in recent years, winning the past five island races –  three races in 2019 with Bautista at the helm, and in 2018 with Marco Melandri on board.

Michael Rinaldi (Ducati, 1:31.213) and the returning Xavi Fores (Ducati 1:31.265) completed the top 10, leaving some fancied names such as Sam Lowes (Kawasaki), Chaz Davies (Ducati) and Eugene Laverty (BMW) with some work to do ahead of FP3 tomorrow morning.

Laverty is one of four Phillip Island WorldSBK winners in this weekend’s 19-rider field alongside Rea, Haslam and Bautista.

The final free practice (FP3) will be held at 10:00am Saturday before the all-important battle for grid positions in the 12.15pm Superpole ahead of the season’s opening race at 3:00pm. The field backs up Sunday for the Superpole sprint of ten laps at midday and a second 22-lap battle at 3pm Sunday, to complete the three-race programme for the Yamaha Finance opening round.

Frenchman Jules Cluzel (Yamaha), who’s expected to be another front-runner in Sunday’s race, was ninth after an oil spill put him out for most of the session, while it was another solid outing for local wildcard Oli Bayliss (Yamaha) in 18th.

The final practice session for the 23 WorldSSP riders is at 10:35am tomorrow, followed by Superpole at 12:55pm and one 16 lap race, featuring a compulsory pit stop, on Sunday at 1:15pm.