Five manufacturers in the top five, Rea fastest on day one of Barcelona test 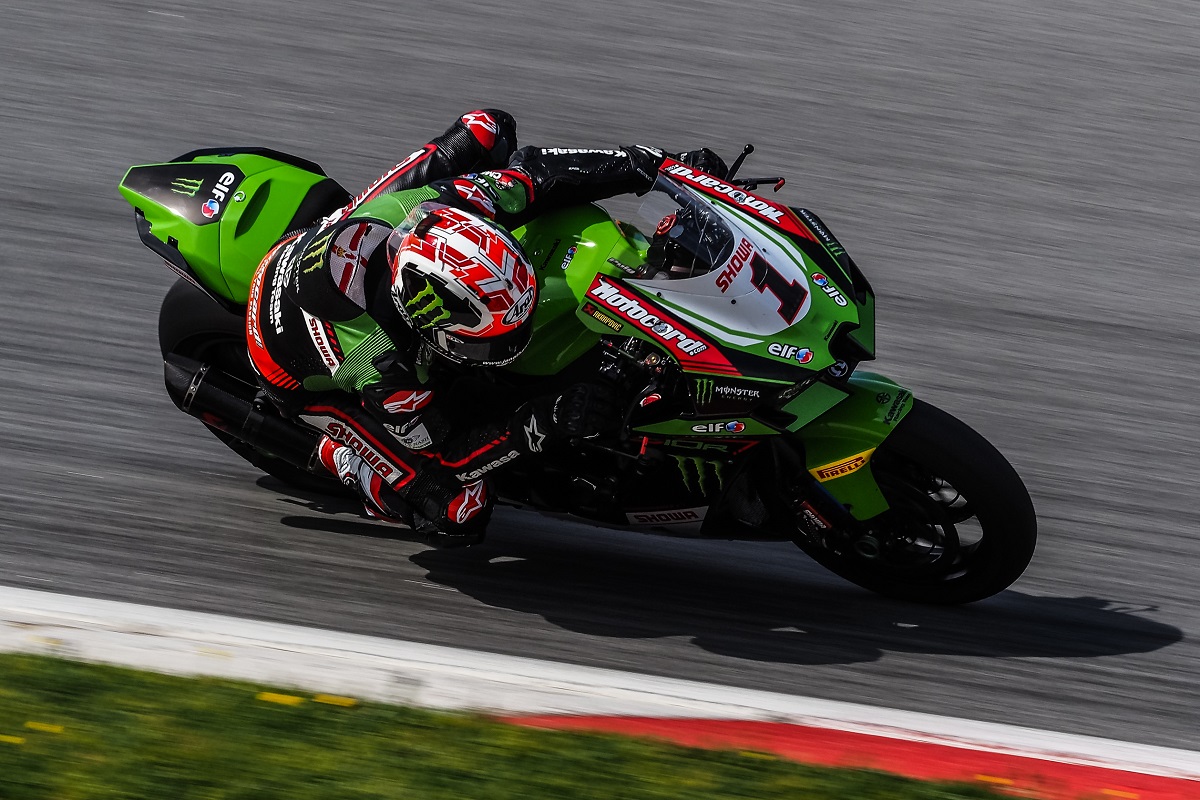 Reigning Champion Jonathan Rea topped the times on day one as all five manufacturers finished inside the top five in a closely fought day in Barcelona.

It was left late to go top of the times in day one of the Supported Test at the Circuit de Barcelona-Catalunya for the 2021 MOTUL FIM Superbike World Championship machines but with around an hour left of the session, six-time Champion Jonathan Rea (Kawasaki Racing Team WorldSBK) stormed to the top of the timesheets to take early honours.

It had been a quiet start for Rea as he found himself in the middle of the timesheets but slowly worked his way up the order. Rea had spent the day confirming items on the chassis as well as front forks from Showa on his brand-new 2021 ZX-10RR, but posted a time of 1’40.793s to go fastest as he completed 68 laps, lapping almost one second faster than the 2020 Tissot Superpole fastest time, albeit on a revised layout.

Rea finished ahead of Leon Haslam (Team HRC) with the Honda rider trying new exhaust systems on his CBR1000 RR-R, as well as running with a torque sensor on his bike, with Garrett Gerloff (GRT Yamaha WorldSBK Team) finishing the day in third. Gerloff had gone top of the session with around an hour to go but found himself usurped by Rea and Haslam in the latter stages. The American had focussed on longer runs as well as trying a new fairing and brakes on his YZF R1.

Scott Redding (Aruba.It Racing – Ducati) had topped the times throughout most of the day with the British rider trying new items around the seat area of his Ducati Panigale V4 R, but finished the day in fourth place, less than two tenths off the pace. He was joined inside the top ten by teammate Michael Ruben Rinaldi with the Italian taking eighth in the classification.

The brand-new BMW M 1000 RR immediately showed its potential as Tom Sykes (BMW Motorrad WorldSBK Team) and Jonas Folger (Bonovo MGM Racing) finished fifth and seventh respectively, with Sykes’ BMW teammate, Michael van der Mark, 13th for his new team. BMW had brought a new swingarm, exhaust and winglets to the test as well as durability improvements to the electronics packages. It was an eventful day for Folger who lost crucial track time after a crash around two hours into the session, but he was able to return to the track with a couple of hours left.

Turkish star Toprak Razgatlioglu (PATA Yamaha with BRIXX WorldSBK) finished in sixth for the day as he focussed on refining the package he has with the Yamaha YZF R1, with small details to work on. Teammate Andrea Locatelli, who was focusing on race simulations with the aim of doing one full race simulation per day to continue his evolution from WorldSSP into WorldSBK; Locatelli completing the most laps of anybody with 93.

Making his debut on track with his new team, Chaz Davies (Team GoEleven) completed 65 laps as he posted the ninth best time, almost matching Rinaldi’s time during the day, with very few new parts on the bike for Davies. The Welshman was using this test to get back up to speed after not riding a bike on track for around five months. Alvaro Bautista (Team HRC) was 11th for the day, also trying a new exhaust system on his bike, but after the day admitted he was not at 100% following a small motocross accident last week. Alex Lowes (Kawasaki Racing Team WorldSBK) was in 12th place as his recovery from a shoulder injury continues, as he completed 81 laps during the day as looked to confirm items he had tested at Jerez and Aragon in previous tests, including trying the new Brembo callipers.

Rookie Axel Bassani (Motocorsa Racing) finished in 14th place with the Ducati Panigale V4 R trying a new exhaust system, while Japanese rookie Kohta Nozane (GRT Yamaha WorldSBK Team) was 15th as he continues to gear up for his maiden WorldSBK campaign. Tito Rabat’s (Barni Racing Team) session was ended over an hour early with the Spanish rider in 15th place; the team still searching for a base setup for the 2014 Moto2™ World Champion.

Isaac Viñales (Orelac Racing VerdNatura) got his hands on the 2021 Kawasaki ZX-10RR as he tested both the 2020 and 2021 models which features big electronic and engine changes. Christophe Ponsson (Alstare Yamaha) finished in 18th place with his team having undergone a restructure over the past few weeks, while new MIE Racing Honda Team signing Leandro Mercado was 19th on his debut for the team. Samuele Cavaliere (TPR Team Pedercini Racing) rounded out the 20-strong field as the Italian focussed on race simulations and long runs to get up to speed on Kawasaki machinery.

The top six following day one of testing for WorldSBK, full results here: 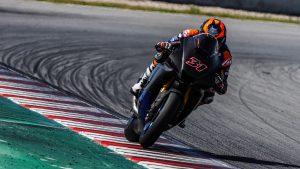 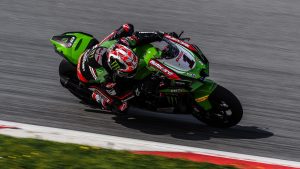 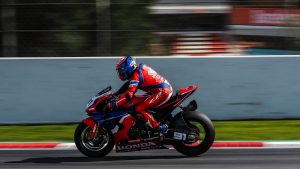 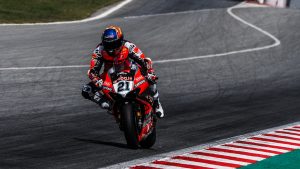 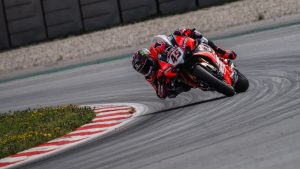 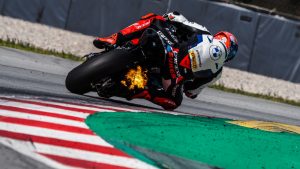 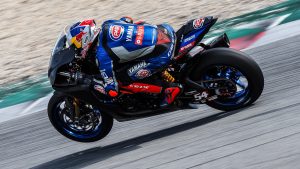 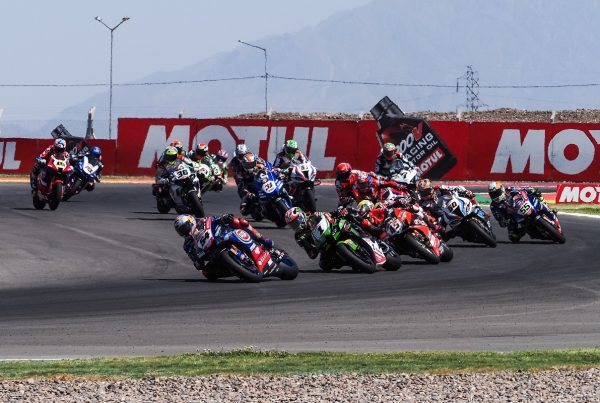 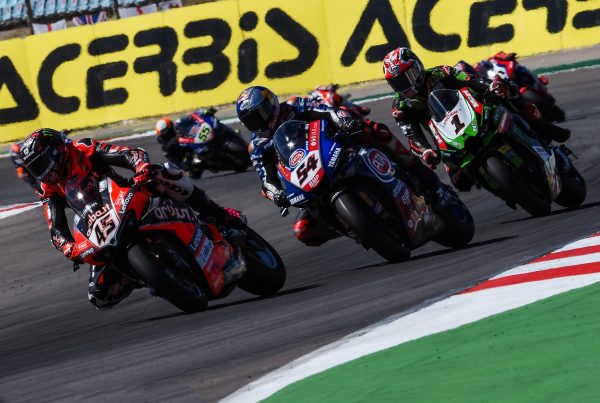 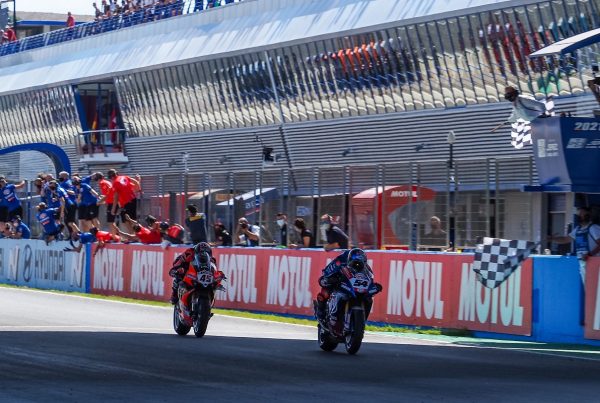