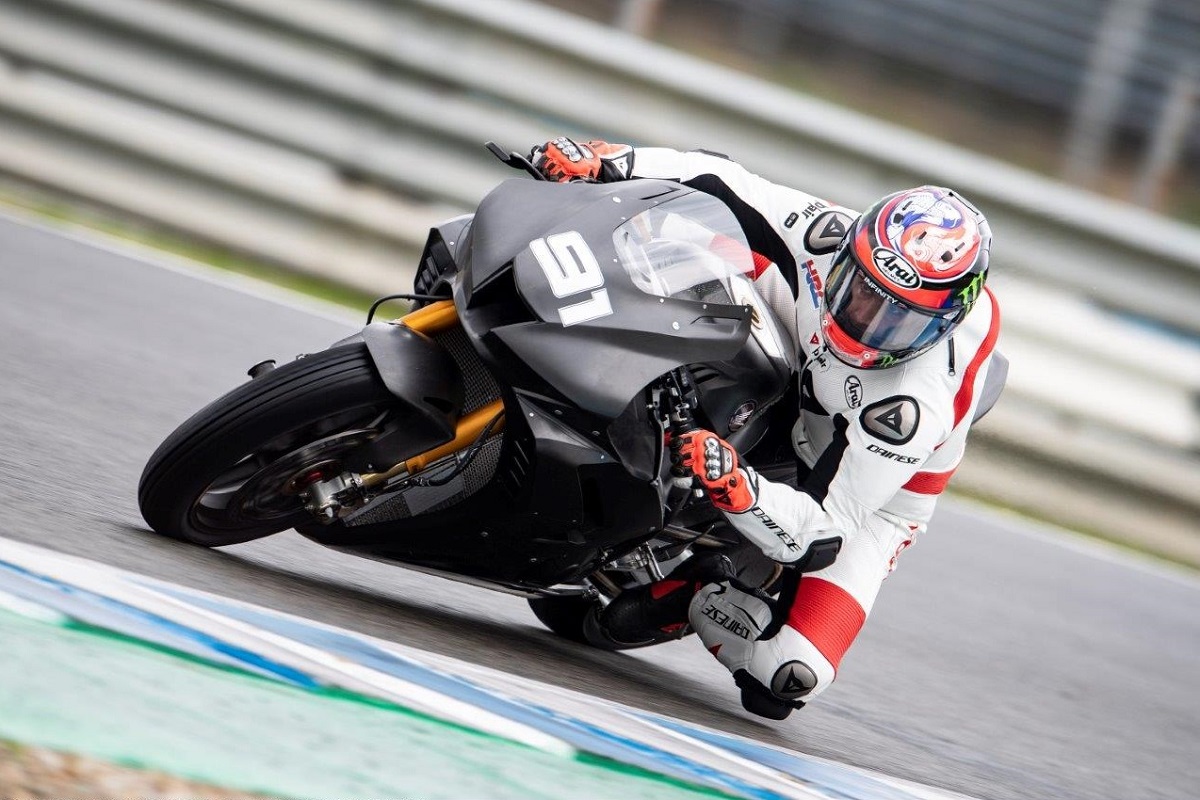 Back in action as a full factory effort, Team HRC did just about everything on their first public appearance. Leon Haslam topped the timesheets at various points throughout the day, whilst Alvaro Bautista crashed at turn 6 earlier in the morning. In his second season back in WorldSBK, ‘Pocket Rocket’ Haslam pulled off a memorable story from day one at Jerez, placing Honda on top of the timesheets in wet conditions. The HRC Team sport a slender 0.031s advantage over Yamaha going into day two but it is an advantage nonetheless. For Haslam’s teammate Alvaro Bautista, he was back out on track in the afternoon after a lengthy time in the garage following his small morning crash, coming up to ninth on the timesheets before finishing the afternoon in tenth.

The Yamaha contingency was looking strong at Jerez, a circuit they enjoyed wins and podiums at in 2019. Michael van der Mark (PATA YAMAHA WORLDSBK OFFICIAL TEAM) was top at lunch but crashed not long after; the Dutchman being one of many riders to crash at turn 1 through the course of the day. Toprak Razgatliolgu bounced back from his morning crash and was hovering in the top ten before finishing eighth, continuing his adaptation to the YZF R1 and the new engine.

Leading the charge from the Independent teams was Garrett Gerloff (GRT Yamaha WorldSBK Junior Team),with the American impressing on his second visit to Jerez and finishing third, setting 35 laps. Teammate Federico Caricasulo joined Gerloff inside the top ten and was ninth, his best showing in WorldSBK to-date. The Italian made the most the wet track time and just under two tenths behind Razgatlioglu.

ARUBA.IT Racing – Ducati showed strong pace throughout the opening day of the test, as Scott Redding was a firm fixture inside of the top four, hitting top spot early in the day before settling down and dialling in a good number of laps. Racking up more than 45 in total, Redding was utilising the test well, with new chassis and engine parts seeing him placed nicely in fourth. After two crashes for Chaz Davies (ARUBA.IT Racing – Ducati), the Welshman had an afternoon to get back on track – both literally and metaphorically. However, with the rain coming down harder than ever, he was rooted to 15th in the class.

Loris Baz (Ten Kate Racing Yamaha) was enjoying his time on track at the Jerez test and was making sure that the YZF R1 Yamaha was working well around the famous Spanish venue. Having been first across various parts of the day, the Frenchman was pushed back to fifth come the end of the day. Other Independent riders who were also having strong showings included Leandro Mercado (Motocorsa Racing) in 11th and Chilean rookie Maximilian Scheib (ORELAC Racing VERDNATURA) in 12th.

A quiet morning for BMW turned into a busier afternoon, with 2013 WorldSBK Champion Tom Sykes (BMW Motorrad WorldSBK Team) hitting the top six as the rain eased off. Parts they wanted to test in dry conditions consisted of chassis updates, swingarm configurations and rear shocks. However, with the wet circuit, there was very little they could try. On the other side of the garage, Eugene Laverty beavered away and improved throughout the day; Sykes and Laverty finished sixth and 13th respectively as the rain came back with a vengeance.

With Jonathan Rea (Kawasaki Racing Team WorldSBK) opting not to go out at all on day one, Alex Lowes was flying the Kawasaki flag at Jerez. The British rider will switch to the Japanese manufacturer in 2020 and is looking to use the Jerez test to his advantage, with this being their last track action until Phillip Island’s test in February. Utilising wet weather track time to the best he could, Lowes wasted no time in going top just after 14:00, before finishing in seventh.

Double STK1000 Champion Sylvain Barrier (Brixx Performance) took his Ducati Panigale V4 R to 14th at the end of day one, whilst Sandro Cortese (Barni Racing Team) deputises for Leon Camier and finished 16th in the WorldSBK class. One place behind him was Michael Ruben Rinaldi (Team GOELEVEN), who suffered a turn 7 crash which brought out the fourth red flag of the day.

As the top six are covered by just under a second and the top three all covered by less than a tenth, day two of testing at Jerez promises to be an exciting one. Haslam and Honda going into Thursday on top, and with more rain due, more unpredictability awaits. 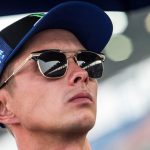 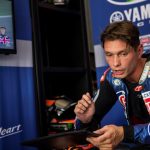 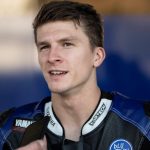 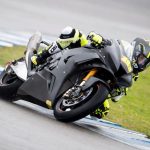 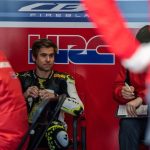 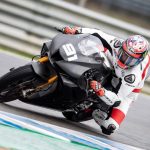