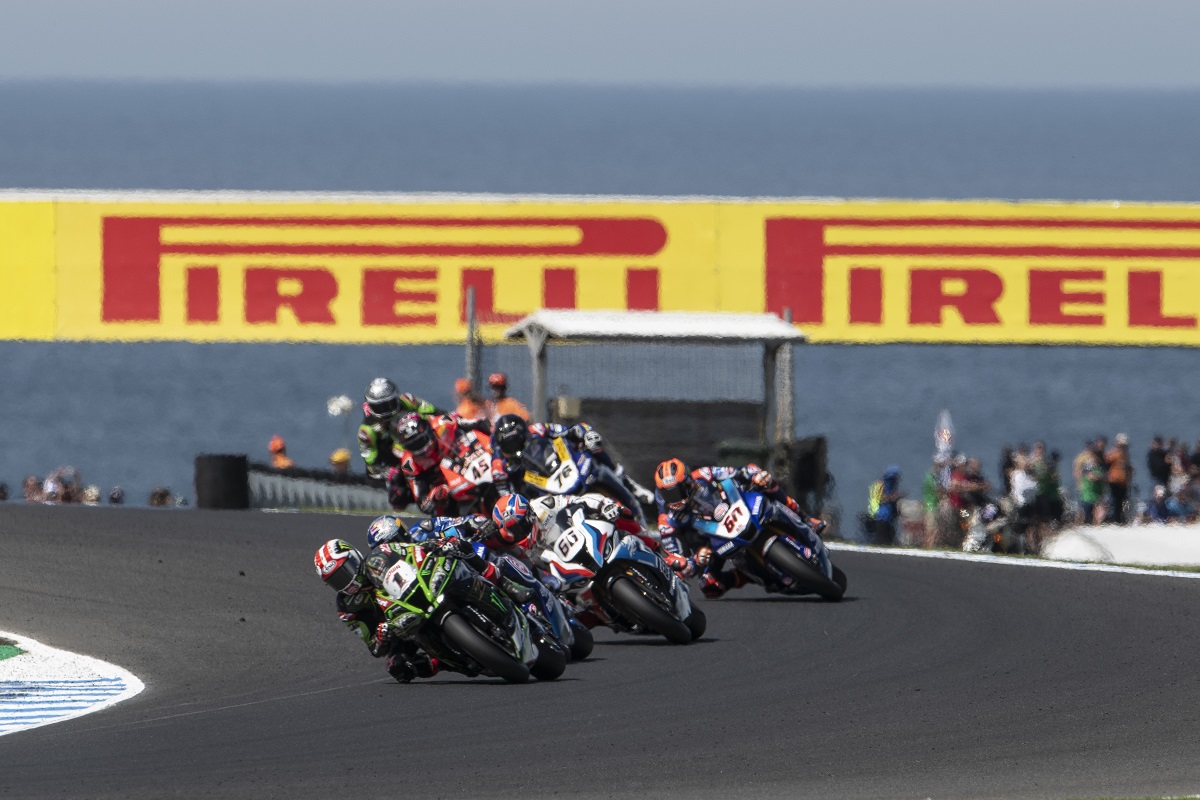 World champion Jonathan Rea has won a nail-biting Tissot Superpole Sprint race at Phillip Island during round one of the 2020 MOTUL FIM Superbike World Championship, Yamaha Finance round.

After a high-speed crash in race one, the Kawasaki top gun responded like a true champion to win a nail-biting thriller ahead of Toprak Razgatlioglu (Yamaha) and Scott Redding (Ducati).

Just 0.072 seconds  – a little more than a tyre width – separated the trio after the frenetic 10-lapper, with Alex Lowes (Kawasaki) right on the tail of the top three.

The victory was the first for Rea at Phillip Island since 2017, while race one winner Razgatlioglu consolidated his early lead in the 2020 championship.

Michael Rinaldi (Ducati) and Max Schieb (Kawasaki) completed the top 10 in the Superpole race, while it was another underwhelming performance from Chaz Davies (Ducati) back in 13th.

Race three, a 22-lapper, will be held at 3:00pm this afternoon with American Garrett Gerloff (Yamaha) and Eugene Laverty (BMW) again missing after nasty concusssion-causing crashes in warm-up this morning.