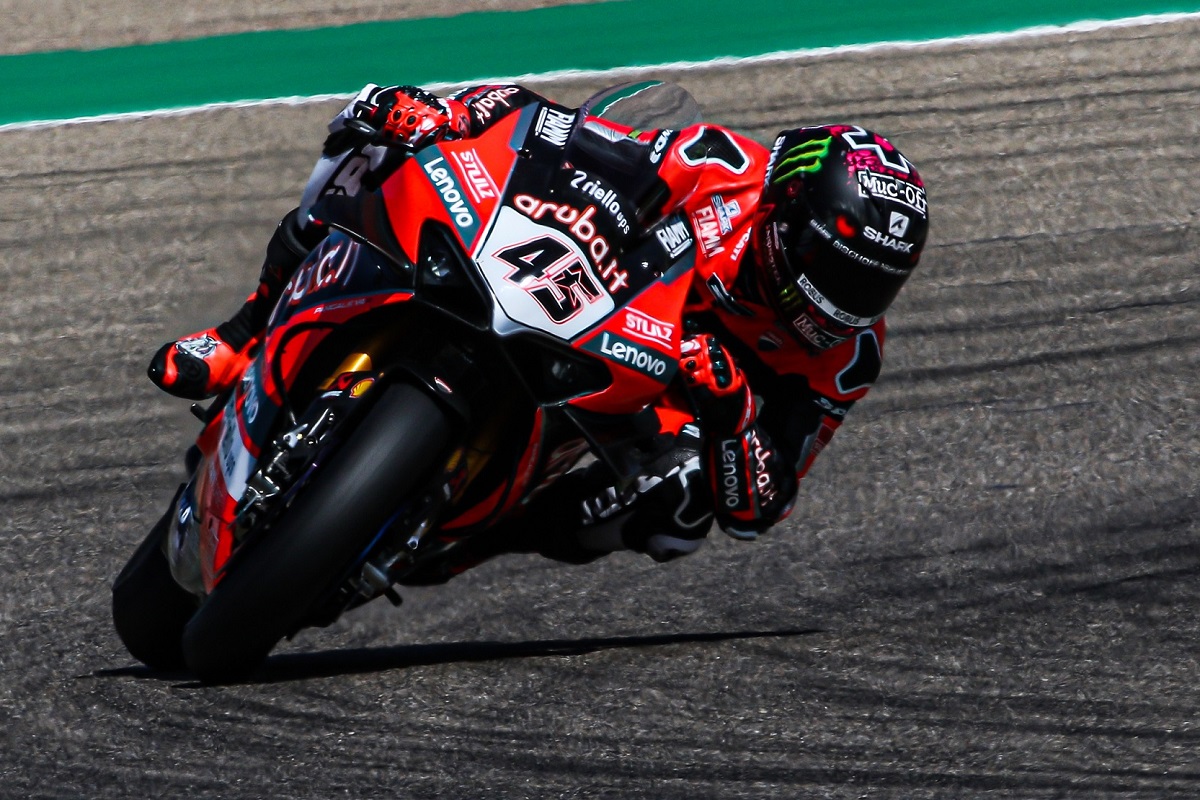 It was another close battle at the top of the timesheets as testing at MotorLand Aragon concluded after two action-packed days.

The last of two days of testing at MotorLand Aragon concluded on Tuesday afternoon as nine riders from the MOTUL FIM Superbike World Championship took to the track to refine their machines ahead of the 2021 season kicking off at the same venue in just over a month. It was Scott Redding (Aruba.It Racing – Ducati) who topped Tuesday’s times after a flurry of late laps in the afternoon session.

Track and ambient conditions were slightly warmer than yesterday with track temperatures reaching above 40 degrees celsius throughout the afternoon. The majority of the fastest laps of the day came in the last hour of the test as riders left it until late to chase lap times rather than focus on race pace.

Redding’s lap time of 1’48.780s was only 0.013s outside the Superpole record set by Jonathan Rea (Kawasaki Racing Team WorldSBK) at last year’s Teruel Round. He finished half-a-second clear of teammate Michael Ruben Rinaldi as the duo battled it out for top spot; Redding laying down an impressive marker as preparations for the season gear up. Redding had wanted to focus on improving grip from his Ducati Panigale V4 R while Rinaldi had been trying to improve his machine on the exit of corners.

Garrett Gerloff (GRT Yamaha WorldSBK Team) finished third on the second day as he continues to impress heading into his second WorldSBK campaign. The three-time podium finisher spent yesterday working on race pace and had a couple of shocks to try out throughout today as he finished the test as the fastest Yamaha rider and added 73 laps to his tally for testing.

Chaz Davies (Team GoEleven) continued his impressive form throughout the two-day MotorLand Aragon test with fourth place for his new team as he tried out two new components on his Ducati: new callipers from Brembo and a new shock from Öhlins. Rinaldi, Redding, Gerloff and Davies were the only riders to lap under 1’50s at MotorLand Aragon on the second day of testing. The British rider also was working on the balance of his chassis throughout the day as well as improving the rear grip through long corners as he completed 75 laps for the day.

Reigning WorldSSP Champion Andrea Locatelli (Pata Yamaha with BRIXX WorldSBK) set the fifth best lap time on day two after a late run as he was looking to take another step forward while also working on the balance of his Yamaha YZF R1 as well as looking to extract the most from his machine. The Italian rookie did have a small crash at turn 15 in the morning session but was able to take his bike back to the pitlane.

Tito Rabat’s (Barni Racing Team) day came to a slightly premature halt when he suffered from some technical issues on his Ducati Panigale V4 R, but the 2014 Moto2™ World Champion finished with the sixth best lap time, completing a mammoth 97 laps. The Spanish rider completed more laps than anyone else on day one of the test and repeated that on day two as he continued to adjust to new surroundings following his switch from MotoGP™ to WorldSBK.

Axel Bassani (Motocorsa Racing) finished in seventh place on his Ducati Panigale V4 R as the youngest rider on the 2021 grid continues to prepare for his rookie WorldSBK campaign, finishing around half-a-second from Rabat’s best time of the day although Bassani was faster in the afternoon session as he completed 80 laps for the day.

Kohta Nozane (GRT Yamaha WorldSBK Team) finished the day in eighth place, just a tenth away from Bassani, as the reigning Japanese superbike champion continued to adjust to a brand-new circuit and completed 58 laps.

The WorldSBK field was rounded out by Christophe Ponsson (Alstare Yamaha) with the French rider completing only 20 laps in the four-hour afternoon session, with 57 laps in total.

The nine riders from WorldSBK were joined by WorldSSP duo Jules Cluzel (GMT94 Yamaha) and teammate Federico Caricasulo as the pair geared up for their 2021 season. Cluzel was fastest with a time of 1’53.673 after completing 90 laps, while Caricasulo added another 73 laps to the team’s total with a best lap of 1’53.777. Caricasulo’s day was not without incident as he had a crash in the latter stages of the morning session but was able to return his Yamaha YZF R6 back to the pitlane. In the morning session, there was nothing to separate the teammates at all as they both posted a time of 1’54.406s with both able to improve by almost a second in the afternoon. 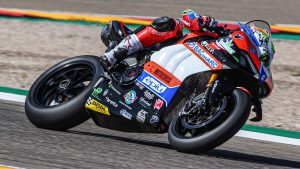 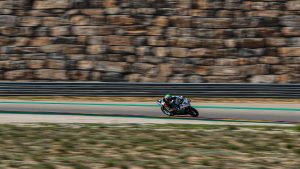 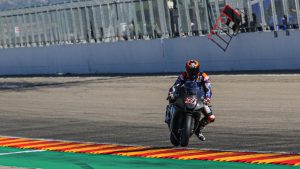 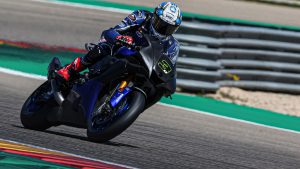 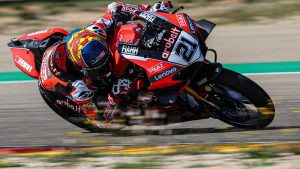 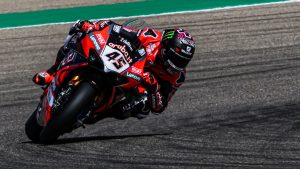 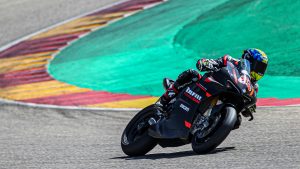