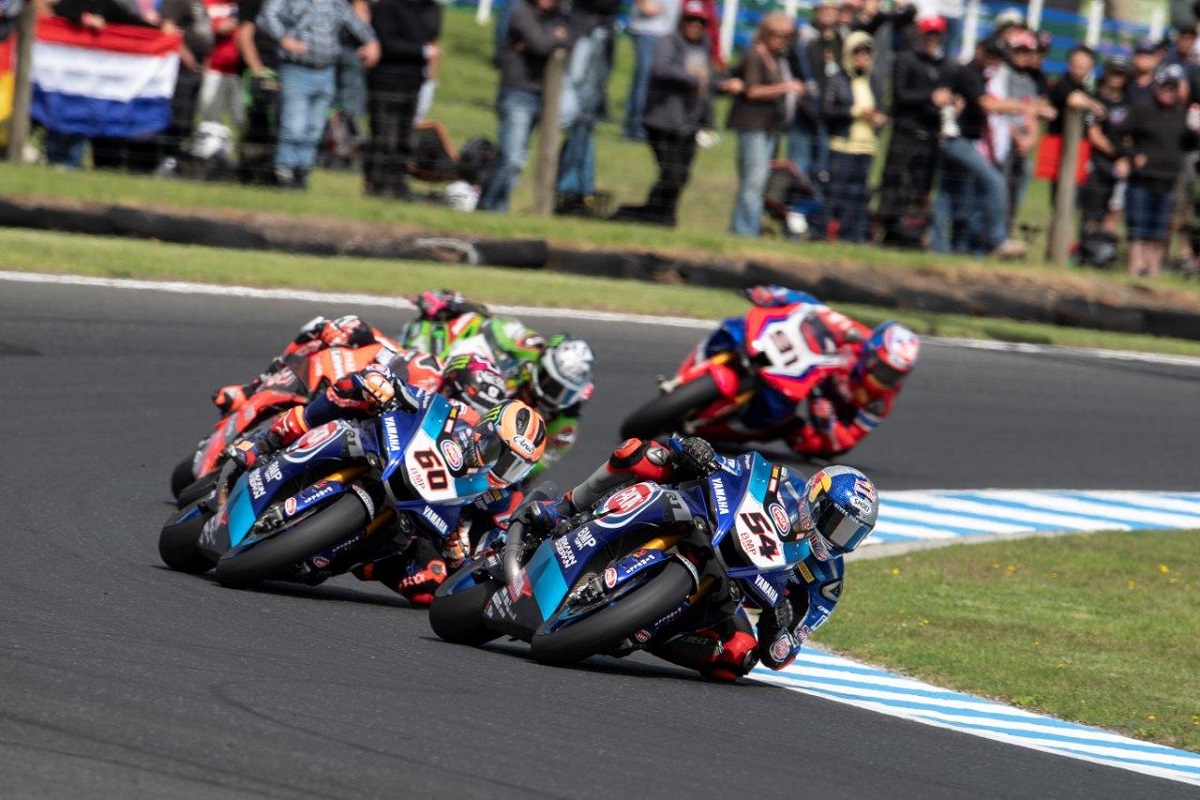 In a brilliant conclusion to the Phillip Island opener, the 22-lapper boiled down to a four-way battle between 23-year-old Razgatlioglu, Lowes, Scott Redding (Ducati) and Michael van der Mark (Yamaha).

Razgatlioglu held all the aces by leading onto Gardner Straight for the final time, and that’s where he stayed despite a late lunge by Lowes, with Redding and van der Mark flashing across the finish line in third and fourth. Only 0.041 seconds separated the top three, the closest podium in WorldSBK history.

It was Razgatlioglu’s third WorldSBK victory, and a dream debut for the emerging Turkish superstar in Yamaha factory colours. As he came into the pits his team celebrated by donning red Turkish fez hats, and he goes into Sunday’s two races with a first place haul of 25 points – the first Turkish rider to ever lead the World Superbike championship.

“I’m really happy. I needed the first race podium, and after the race I feel much better, I need the motivation,”

Said the Turkish talent who has just joined the Pata Yamaha factory team after two seasons in world superbike with the privateer Puccetti Kawasaki outfit.

“Before the race I felt incredible stress,”

“and after I start the race, I focussed on the race condition, and we are happy, real happy thanks to my team.”

Leon Haslam made an excellent debut on the all-new factory Honda to finish in fifth position, four seconds down on Razgatlioglu.

Meanwhile, it was a disastrous season opener for defending champion Jonathan Rea (Kawasaki), who ran off the circuit on lap one after grazing fairings with the polesitter Sykes at turn nine  – and five laps later crashed heavily at turn eight while pushing hard to make up lost time.

Scant consolation for Rea was a best lap of 1:30.501, while Bautista was the fastest down Gardner Straight at 327km/h.

Race two for the WorldSBK field is at midday tomorrow – a 10-lap sprint race – followed by race three –  a second 22 lap battle at 3pm.

Lucas Mahias (Kawasaki) made it three different manufacturers on the front row, while Australian Oli Bayliss qualified in 202th – which equates to a row seven start for Sunday’s 16-lap race. 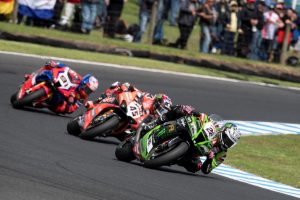 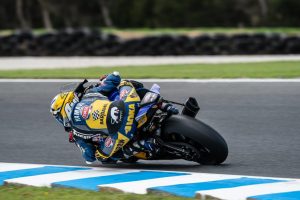 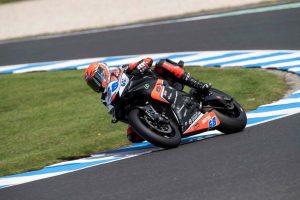 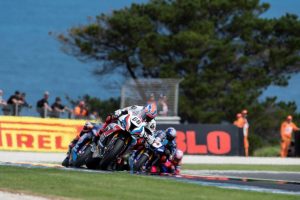 Polesitter and early leader Tom Sykes on the BMW 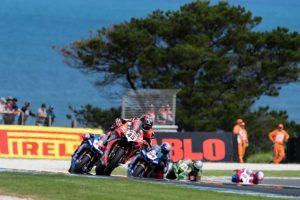 Redding leads out of Siberia 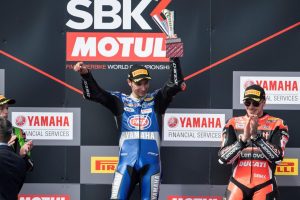 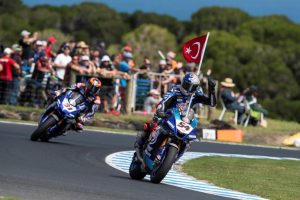 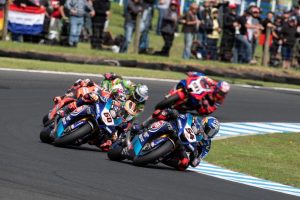