UNWRAPPED: up close with the factory Ducati Panigale V4 R

Get your first look at the factory Ducati colour scheme for the year ahead, as Scott Redding and Michael Ruben Rinaldi’s livery is showcased…

The 2021 MOTUL FIM Superbike World Championship continues to warm up, this time with the strikingly bold livery of the Aruba.it Racing – Ducati outfit being unwrapped. The livery, one of the most iconic in recent years, was first seen in the Championship in 2015 when Aruba.it came on board as title sponsor of the team. However, the Ducati Panigale V4 R is one of the most advanced production bikes in the world and with it in full race trim, it is a thing of beauty and a spectacle to behold. From the winglets to the suspension, electronics to hidden intricacies, it’s a machine that has the credentials for a title charge in 2021.

Redding: “I’m hungry to take one step more and to take the title.”

After a strong first season in WorldSBK where he pushed Jonathan Rea all the way to the end of the season in the title fight, Scott Redding outlines his aim for the 2021 campaign.

The title fight between Scott Redding (Aruba.It Racing – Ducati) and Jonathan Rea (Kawasaki Racing Team WorldSBK) went all the way to the final round at Estoril in 2020 but Redding, who finished as runner-up last season, is aiming to go one step further as he enters his second season with the factory Ducati outfit; looking to stop Rea making it seven consecutive MOTUL FIM Superbike World Championship titles in a row.

2020 provided different challenges for everyone up and down the paddock but one additonal challenge Redding had, as a rookie, was to learn tracks for his new machine as well as different tyres and a new weekend format as he contested the WorldSBK weekend format of Race 1, the Tissot Superpole Race and Race 2. With a year of racing using Pirelli tyres, the Ducati Panigale V4 R on WorldSBK circuits and the format now know, Redding is hoping to take Rea’s crown from him 2021.

“The 2020 season was a really exciting year for me, it was my first year in World Superbike and to be with the great manufacturer of Ducati was really nice. We had a great bond also with the Aruba.It team. This is important to me and this is what gave me the feeling to try races again, I hope for 2021, we can go one step more.”

“The difference from the 2020 season going into the 2021 season is the experience that I’ve gained. I’m not going to every circuit… it’s not that I don’t know the track, but I don’t know it with a superbike, the tyres, the brakes. Small details but it means I need to start lower down than the other guys and play catch-up. On top of that, there were new circuits for me to learn as well. The new format in WorldSBK compared to all the other racing I’ve done in my career. Going for 2021, I’ve got all that in my pocket so I’m looking forward to being able to start on the same level as the other guys at the beginning and being able to fight for more victories.”

Talking about what makes him a strong rider, Redding said:

“My strong point as a rider I think is the mentality. I arrived in this championship deeply believing that I have a chance to win the title and we extended the challenge until the last round. It was a great result and now I’m hungry to be able to take that step towards the title.”

“Scott’s first season as a rookie has been amazing because he has shown great speed and a strong feeling with the Panigale V4 R right from the start. Given the experience he gained last year, when he had to tackle tracks for the first time and he was new to the Superbike format, we expect him to make the leap this year.”

Michael Ruben Rinaldi reflects on moving to Ducati: “It feels like coming home to my family!”

After taking the STK1000 title with the Aruba.It Junior Team, Michael Ruben Rinaldi will make his debut with the Ducati factory team in WorldSBK in 2021.

2021 will mark the start of a new era at the Aruba.It Racing – Ducati outfit as Michael Ruben Rinaldi joins the team after his breakthrough campaign with Team GoEleven where he claimed one victory and three podiums. It is not the first time he has worked with the Aruba.It outfit though as he showed his talent and prowess in 2017 when he claimed the European Superstock 1000 Championship title.

Since then, Rinaldi has had three years of action in the MOTUL FIM Superbike World Championship for the Aruba.It Racing – Junior Team in 2018, Barni Racing in 2019 and Team GoEleven in 2020; with the latter where he secured his and the team’s first WorldSBK victory. Moving on to his fourth team in four seasons, Rinaldi will be looking to build on his successful 2020 campaign as he moves to the factory Ducati outfit.

Discussing his move to Aruba.It Racing – Ducati, Rinaldi said at the team’s launch:

“After the Superstock 1000 title with the Aruba.it Junior Team, now it feels like coming home to my family. Wearing these colours is a great honour, and it makes me very proud. I think all the guys in the team are proud too because it means that the job done in the Superstock 1000 championship was the right one. We aim higher this year. The 2020 season was very positive because I won my first race: a beautiful memory, a goal I had been pursuing for a long time. But now the bar is set higher, and I will work harder. Joining the factory team means having all the support from the Aruba.it Racing – Team, and from the guys at Ducati. We’ll have to work with new components, and I think I have the right technical support and the ideal environment to try and achieve good results.”

“Rinaldi has had a long journey with us, including winning the Superstock 1000 title in our second attempt. It is a great satisfaction for us to see him in the factory team, as this has been our aim since the beginning of this adventure together. In light of his extremely convincing season with a private team in 2020, we hope he can do even better this year.” 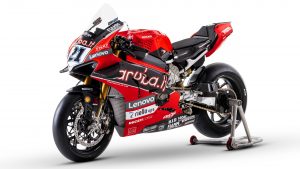 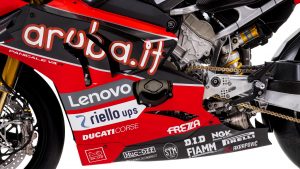 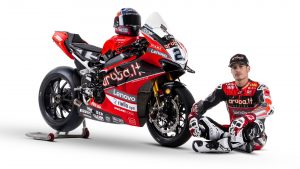 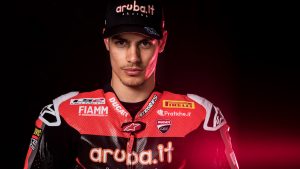 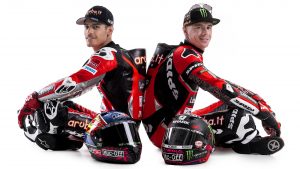 Rinaldi and Redding lead the charge for Ducati 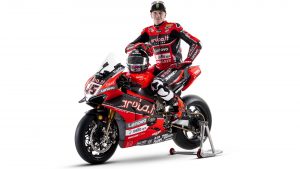 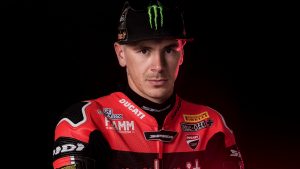