By charleselena May 20, 2021 WorldSBK
No Comments 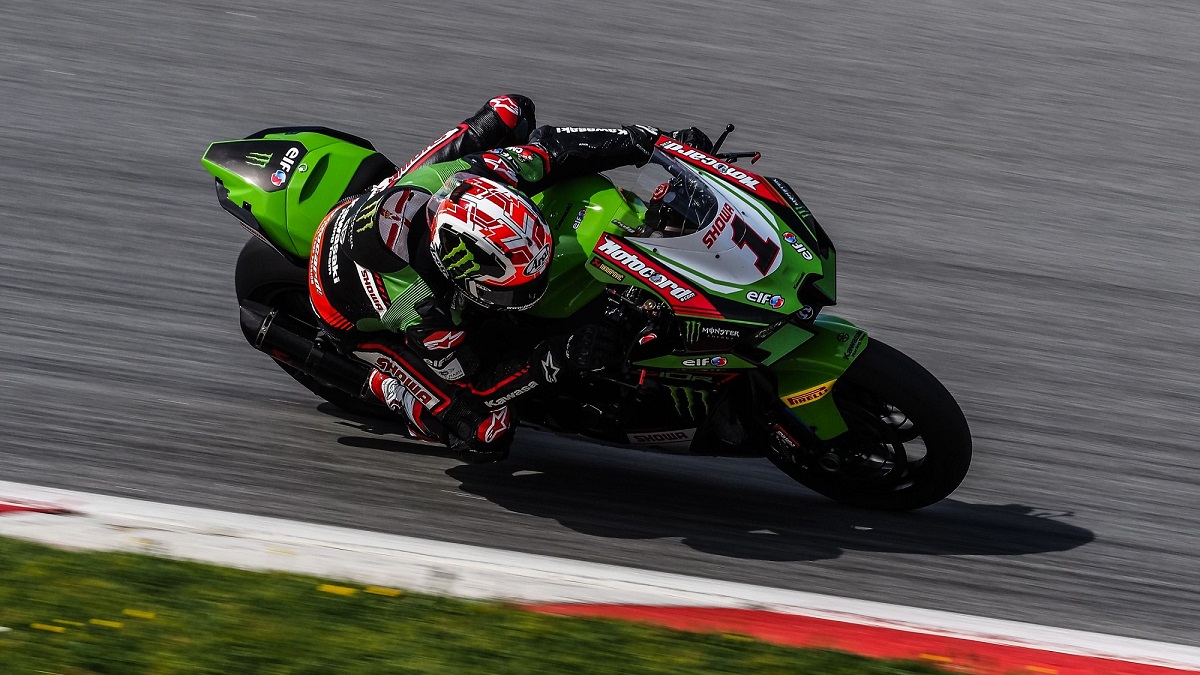 The 2021 MOTUL FIM Superbike World Championship fires back into life this weekend, with round one direct from MotorLand Aragon in Alcañiz, Spain. For the first time since 2004, the Championship starts in Europe and with new names, new bikes and refreshed team line-ups all playing a part, we could be in for one of the most unpredictable seasons yet. Jonathan Rea (Kawasaki Racing Team WorldSBK) may be the reigning six-time World Champion, but 2021 may present the hardest challenge yet.

Kawasaki’s king has a sparkling record at Aragon. Rea’s never missed the podium since joining Kawasaki in 2015, a run of 17 podiums – a record on its own. He’s also aiming for a 100th win in WorldSBK, which would make him the first motorcycle racer in an FIM Road Racing World Championship to win 100 races in one class. He took three wins at Aragon’s two rounds in 2020 and aims to start his quest for a seventh title strongly. His teammate is Alex Lowes (Kawasaki Racing Team WorldSBK), who, despite a preseason testing injury, is ready to make a step in 2021. Rea and Lowes have the new Kawasaki ZX-10RR at their disposal, which features a new fairing and more powerful engine.

The charge to topple Kawasaki comes from Ducati and they’ve got a strong line-up in 2021. 2020 runner-up Scott Redding (Aruba.it Racing – Ducati) embarks on season two, with charismatic Italian sensation Michael Ruben Rinaldi alongside him. Redding took two wins at Aragon last year, whilst Rinaldi scored the first victory of his world superbike career last September at Aragon and finished the weekend with two further podiums. Both Ducati riders have tested extensively in preseason, including at Aragon, and with Ducati being the most successful manufacturer at the venue in terms of victories, it may add a different dynamic and complexion to the start of 2021.

The next-best manufacturer in 2020 was Yamaha, with Turkish-ace Toprak Razgatlioglu (Pata Yamaha with BRIXX WorldSBK) taking fourth overall last year with three wins. Toprak struggled at Aragon in 2020, breaking into the top five only once from six races at the track, a venue which has been tricky for Yamaha in recent years. Razgatlioglu will have a new teammate for 2021 with talented Italian Andrea Locatelli (Pata Yamaha with BRIXX WorldSBK) stepping up. The Bergamo native dominated World Supersport last year, taking 12 wins – of which four were at Aragon. He’s been chipping away in testing, whilst Yamaha have a modified front fairing for 2021 and an evolved engine, as well the new Brembo front brake calipers. Are these steps enough to start the year in competitive fashion?

Alvaro Bautista (Team HRC) and teammate Leon Haslam remain with Honda for 2021 and achieved an identical points tally in 2020, there’s still plenty of changes at HRC. The first is ex-WorldSBK star and the new team manager, Leon Camier, who retired from racing last season after an injury-plagued 2020. The other major change is the technological advances with the Honda, such as an upgraded engine, new exhaust system and seat unit, not to mention a swingarm that had been trialled in testing. The HRC engineers back in Japan have invested a lot of time into making the Fireblade CBR1000RR-R SP a constant front-running contender and with Aragon being the scene of the bike’s first podium in 2020 and the scene of plenty of preseason testing, it could be a strong start. After all, Bautista did win three races at the venue back in 2019, when he was a rookie…

The last of the five factories is BMW, who come out fighting in 2021 with an all-new M 1000 RR, the first Superbike derived from their M-series department. Tom Sykes (BMW Motorrad WorldSBK Team) embarks on a third season with the German manufacturer and the season starts where he achieved the first front row for the manufacturer on their return in 2019. Sykes has more poles than anyone else at Aragon, whilst new teammate Michael van der Mark was a consistent front-runner in 2020 across both Aragon weekends. Still adapting to the new bike, which features winglets, a new engine and a whole host of other advances, van der Mark hopes to start 2021 in solid fashion.

Now to the independent stars: Chaz Davies kicks off 2021 with a brand new team, Team GoEleven Ducati. He boasts much success at Aragon, amassing seven wins and eight podiums throughout his WorldSBK career. Davies has shown pace in early testing and was the highest point-scorer of all riders during the final three rounds of 2020 when he closed his season – and his seven year tenure with the Ducati factory team – with a victory at Estoril. Running the Ducati Panigale V4R, the 34 year old Welshman still has plenty to prove and is likely to be competitive from the get-go.

Another top independent threat comes from Garrett Gerloff (GRT Yamaha WorldSBK Team), who took two podiums at the final round of 2020 and has the 2021-spec Yamaha for this year. Lots of testing, including at MotorLand Aragon, Gerloff should be at the front.

Three other familiar names with independent teams in 2021 are Eugene Laverty (RC Squadra Corse), who debuts with the new team, Leandro Mercado (MIE Racing Honda Team), with the Argentinean-ace starting a new challenge and Christophe Ponsson (Alstare Yamaha), who brings the iconic Alstare name back to WorldSBK.

There’s lots of rookies in independent teams in 2021, with Jonas Folger (Bonovo MGM Racing) being the fastest coming into the season, whilst ex Moto2™ World Champion Tito Rabat (Barni Racing Team) joins the grid from MotoGP™.

WorldSSP Champion of 2017, Lucas Mahias (Kawasaki Puccetti Racing) graduates and Kohta Nozane (GRT Yamaha WorldSBK Team) brings his radical riding style to WorldSBK to fly the flag for Japan. Isaac Viñales (ORELAC Racing VerdNatura) steps up to the class, whilst one of the youngest teams on the grid is the TPR Team Pedercini Racing squad, with 22-year-old Belgian Loris Cresson and 23-year-old Italian Samuele Cavalieri. Finally, the youngest rider on the grid is 21 year old Italian Axel Bassani (Motocorsa Racing), who has made a solid first impression during testing. 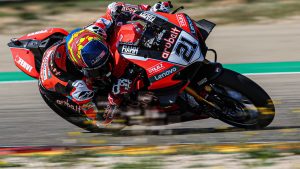 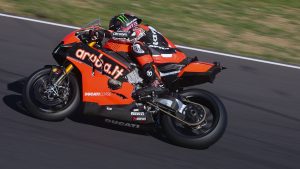 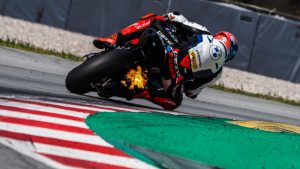 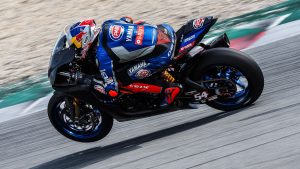 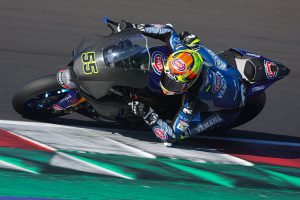 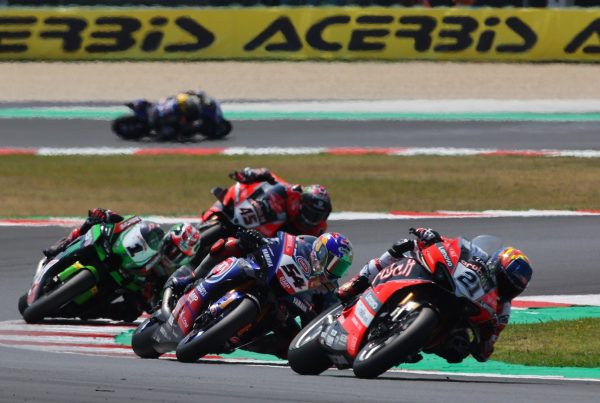 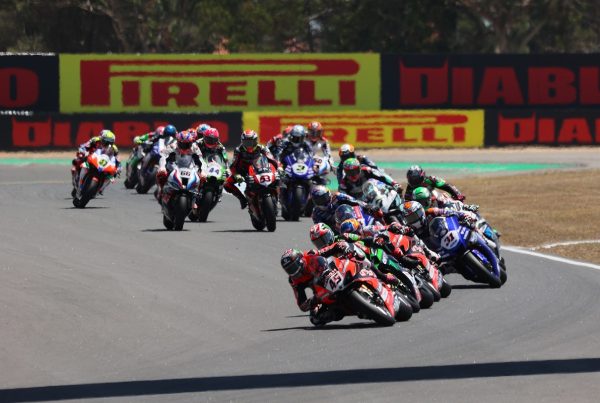 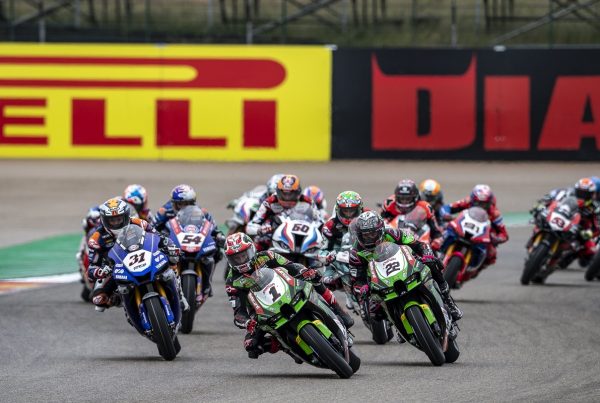